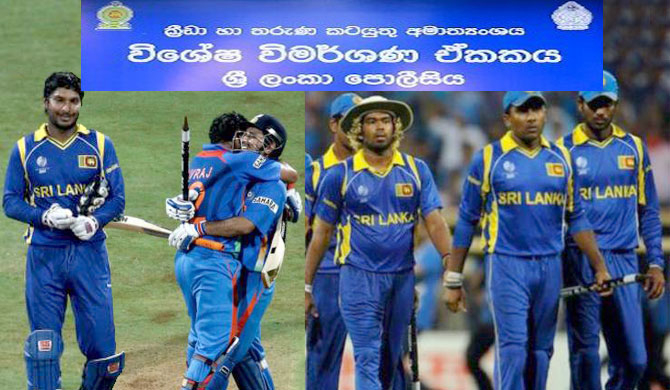 The Special Investigations Unit (SIU) of the Sports Ministry suspends investigations into alleged claims of match fixing at the 2011 Cricket World Cup final between Sri Lanka and India.

The SIU says that there is lack of evidence to support Mahindananda Aluthgamage’s allegations.

Chief of the SIU, SSP Jagath Fonseka says that a report on the progress of the investigation so far would be handed over to the ministry secretary.

Speaking to media, SSP Fonseka said that the SIU held a meeting on this regard earlier today and reached a discussion to suspend the investigation.

“Summoning all players to obtain statements has triggered much controversy and could become a huge problem,” he has said.