Had Mahinda promised Maithri to offer the post of Prime Minister in 2015, none of these problems would occur, says Dayasiri 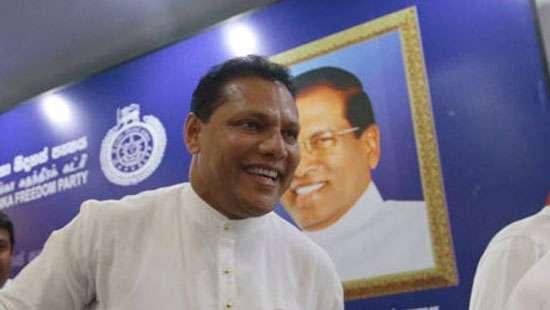 SLPP contestant Dayasiri Jayasekara said that had former President Mahinda Rajapaksa promised Mr. Maithripala Sirisena the post of Prime Minister when the 2015 presidential polls was called in, none of the problems occurred during the previous era would have been created.

“Had Mr. Mahinda Rajapaksa told before the 2015 presidential polls, ‘Maithri, don’t you worry, I will be making you my Prime Minister,’ none of these problems would’ve occurred in the first place. But what happened in the end? The leader who saved the country was defeated as a result of splitting the party into two.

Our Mr. Mahinda Rajapaksa was sworn in as Prime Minister by the same Maithripala Sirisena who is now said not to be touched with. Now, even Mr. Mahinda is touched with him in the end, as it seems,” he said, speaking at a propaganda rally held yesterday (03).

Part of Pohottu Party would be taken out, Wijemuni swears