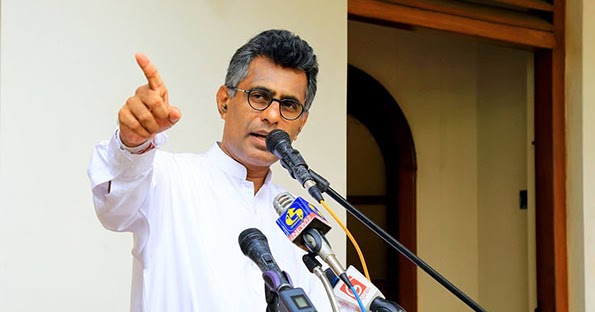 SJB candidate for Colombo District, Patali Champika Ranawaka says that although Prime Minister Mahinda Rajapaksa has invited Vinayagamoorthy Muralitharan alias Karuna Amman to enter Parliament from the national list, he is trying to come with the blessings of the Eastern Tamils, as a LTTE hero who killed 3000 Army troops.

Ranawaka says that on the other hand, another group is showing off the war heros from the three forces and seeking votes for the election. He says that this shows the dual sided patriotism of the Rajapaksas.

“Of course this government is seeking votes by showing war heroes. The government acts as a government that protects the heritage of our war heroes. Some candidates seek for votes by saying that they served in the Army, they went to Geneva for the war heroes