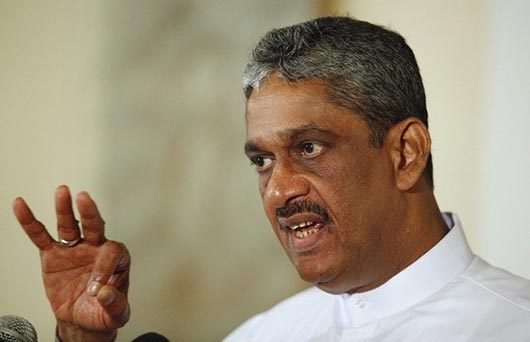 When Karuna Amman surrendered to the government he had served no purpose for the Army, and although he had spent many times in the North including Puthukuduiruppu, he had not even revealed the location of Prabakaran’s residence, former Army Commander Field Marshal Sarath Fonseka disclosed.

“Although Karuna had surrendered, we had no use of him whatsoever when in combat. He had been in all the places in the North including Puthukuduiruppu, with Prabakaran. But he had not even revealed the location of Prabakaran’s residence. We had retrieved that information later.

Neither was he in a situation to provide strength for  the Army. Along with him were about 150 persons who had surrendered. Around 80 among them were underage, below 13. They had no war energy. Now, the same Karuna Amman is making such statements. If so, law should be enforced against him,” he pointed out.

The former Army Commander made this observation in response to queries raised by reporters yesterday (24).