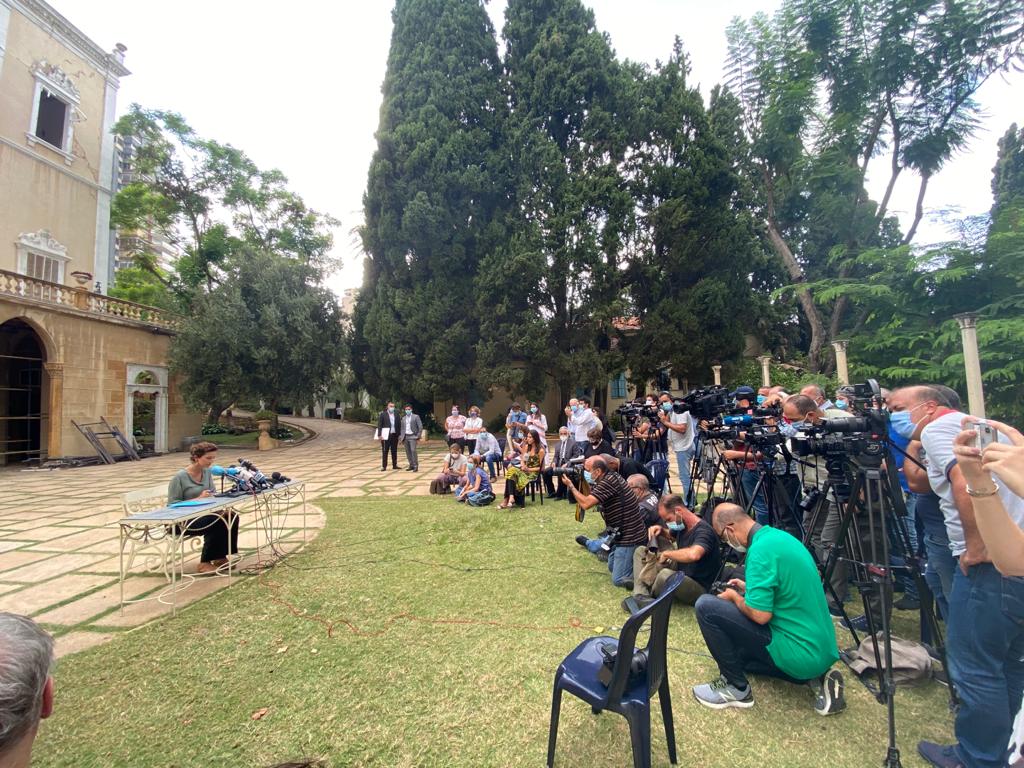 According to UNESCO, around 160 schools were destroyed or damaged by the blast, which left more than 180 people dead and devastated entire neighborhoods of Beirut.

Azoulay said at least 85,000 children were directly affected by the destruction the explosion wreaked.

She told AFP during a visit to a school damaged in the colossal Aug. 4 explosion at Beirut’s port that two events were in the works, including a fundraising event for Beirut’s heritage, during which UNESCO would seek hundreds of millions of dollars.

“The first one will be a meeting of the Global Education Coalition dedicated to Lebanon,” she said, referring to a body set up to support remote learning since the Covid-19 pandemic began.

“The country absolutely needs to be better prepared on this issue of remote learning,” she said.

Azoulay said that meeting would be held on Sept. 1.