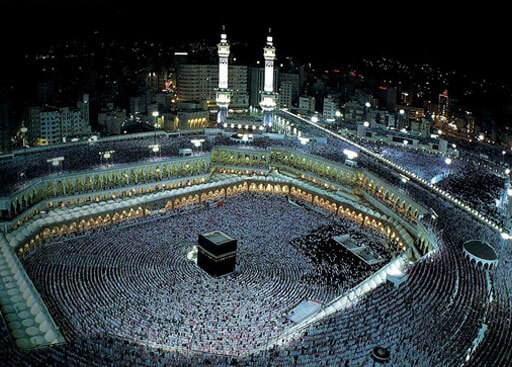 A Saudi official said Tuesday that the hajj pilgrimage, which usually draws millions of Muslims from all over the world, will only see at the most “thousands” of pilgrims next month due to concerns over the spread of the coronavirus.

The kingdom’s Hajj Minister Muhammad Benten said a “small and very limited” number of people already residing in the kingdom will be allowed to perform the pilgrimage to ensure social distancing and crowd control amid the virus outbreak globally.

“The number, God willing, may be in the thousands. We are in the process of reviewing so it could be 1,000 or less, or a little more,” Benten said in a virtual press conference

During the press conference, Saudi officials said that no one over the age of 65 will be allowed to perform the hajj and that all pilgrims and those serving pilgrims this year will be quarantined both before and after the pilgrimage.

“This is a very sensitive operation and we are working with experts at the Health Ministry,” Benten said, stressing the importance of protecting the lives and health of pilgrims.

Muslims around the world hoping for a once-in-a-lifetime journey to Mecca to perform the hajj are now going to have to wait until next year, after Saudi Arabia drastically curtailed the pilgrimage due to the pandemic.

The kingdom said late on Monday that only a very limited number of pilgrims would be allowed to perform the hajj in Mecca from among residents of various nationalities already inside the country.

While the decision to drastically curb this year’s hajj was largely expected, it remains unprecedented in Saudi Arabia’s nearly 90-year history and effectively bars all Muslims from outside the kingdom from travelling there to performing the pilgrimage.

Politics is nothing but charity- Ganesh Velayutham