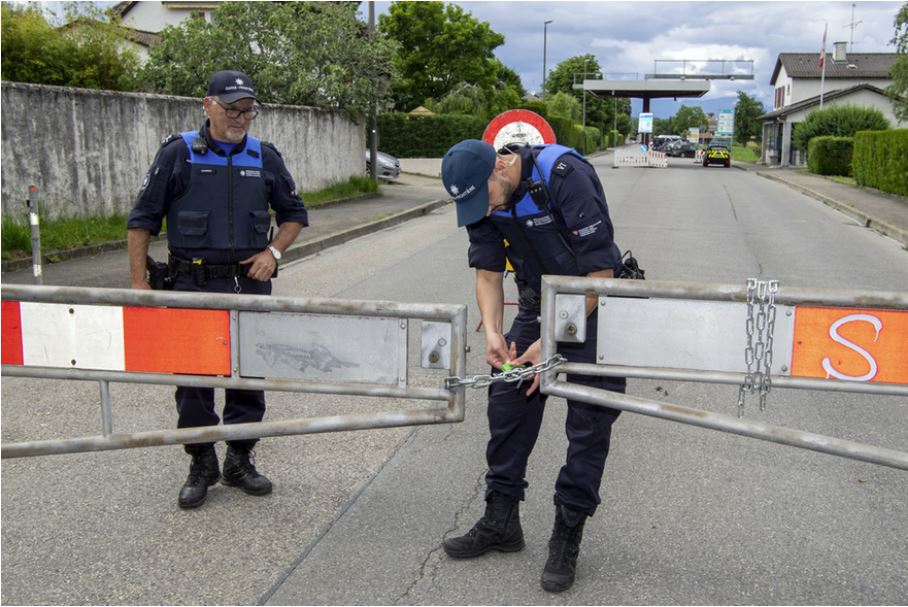 On June 15 Switzerland re-opened its borders with many other European states after improvements to the coronavirus situation.

Since midnight on Sunday, the Swiss government has allowed travel between Switzerland and all European Schengen states as well as Iceland, Norway, Liechtenstein and the United Kingdom. One exception is Spain, which won’t re-open borders before early July.

The so-called Schengen area operates control-free crossings, but they have been mostly closed for three months to all but goods traffic and critical workers due to the pandemic.

For the moment, Switzerland has said it is not yet possible to allow travel from outside the Schengen zone. For example, a visitor from the US or China will not be able to enter Switzerland. Last week European Home Affairs Commissioner Ylva Johansson urged Schengen members to lift internal border controls by Monday and to allow a gradual reopening to other countries from July.

Some border easing had already taken place. Austria decided to open its border with Switzerland on June 4. And in an earlier move, on May 15, the borders between Switzerland, Germany and Austria opened again just for unmarried couples, and for those wishing to visit relatives or attend important family events.

Previously only couples who were married, in registered partnerships or who had children together were allowed to travel to see each other under restrictions imposed in March due to the coronavirus pandemic.

Since May 11, Swiss authorities have also been processing the backlog of applications made by non-Swiss citizens to work or rejoin family in Switzerland. From this date, business executives could also enter Switzerland for very important business meetings or the signing of contracts that cannot be re-scheduled.

Switzerland’s frontiers were closed and strictly controlled from March 13, when the government limited land border crossings from Italy to curb the spread of the virus. Restrictions on entry by land and by air were later extended to all Schengen and non-Schengen states.

Strict entry restrictions were imposed: only Swiss citizens, Swiss resident permit-holders, those entering the country for professional reasons (e.g., those who work here and have a permit to prove it), essential health workers, those transiting through or “in a situation of absolute necessity”, were able to enter the country.

The restrictions hit cross-border traffic, which fell by 70% compared to pre-crisis levels. Vehicles had to be channelled through the largest customs posts for checks, as many of the major border crossing points across Switzerland were closed.

Airports
Switzerland’s main airports – Zurich, Geneva and Basel-Mulhouse – now hope to slowly ramp up their operations after being at a standstill for several months.

Zurich Airport said on May 28 that airlines such as Swiss International Air Lines (SWISS) and Edelweiss Air plan to restore a substantial part of their services in the next few weeks to offer over 350 flights from Zurich and Geneva to some 70 European destinations.

EasyJet aircraft will take to the skies on Monday for the first time since March 30. The company plans flights between Geneva and Lisbon, Porto, Nice, Bordeaux, Nantes and Brindisi.

Over the past three months airplanes have stood idle. In April and May, there were roughly eight flight movements (departures and arrivals) a day in Geneva. Meanwhile, Zurich Airport traffic was reduced to around 25 flight movements a day in April.

Basel-Mulhouse airport’s activities fell by 99.8% over April and May. It expects all its normal European destinations to be available by the end of the year. The airport forecasts 1.8 million passengers to use the airport in 2020, compared to 9.1 million in 2019.

The re-opening of borders follows agreement between European interior ministers for a coordinated step-by-step lifting of travel restrictions between Schengen states while reaffirming the priority of protecting citizens against the virus.

“Initially, the progressive re-opening of Europe’s internal frontiers must take place. Only after that will a step-by-step re-opening of the Schengen external borders be possible to allow the entry of people from third states,” the Swiss justice ministry said in a statement.

Andreas Wittmer, head of the Center for Aviation Competence at the University of St. Gallen, predicts European air traffic to slowly pick up in the second half of the year. By contrast, it is likely to be 2021 before the long-haul networks are up and running again, and it will then take several months to years before the entire network is reactivated, depending on how demand recovers and develops, he told the Tages-Anzeiger newspaper.