Do not shirk responsibility of rebuilding the economy – President 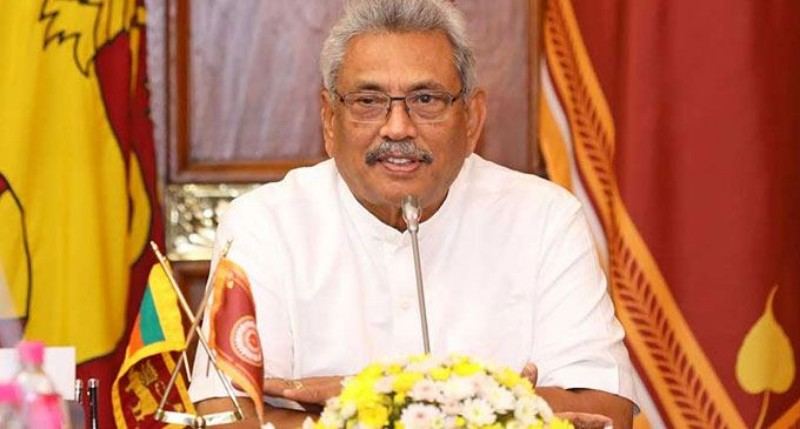 President Gotabaya Rajapaksa today slammed Sri Lanka’s Central Bank officials over their failure to put forward even ‘a single proposal’ to rebuild the economy amidst the prevailing global crisis, despite the fact that many tools have been introduced by the Central Banks in countries around the world.

“We cannot let the health crisis develop into an economic crisis. What we are facing is a global crisis. The Central Bank and the Treasury are entrusted with the responsibility of formulating right monetary and fiscal policies that are instrumental in economic revival.”

“Many tools have been introduced by the Central Banks in the countries around the world. We have not received such a positive response from our Central Bank. Let me know the measures that need to be taken to confront the crisis without delay”, President Rajapaksa told the top most officials of the Central Bank of Sri Lanka.

He emphasized that the Government had put forward its proposals for economic revival, and that however the Central Bank has not extended its support towards it thus far. The President asked them to explain reasons for their failure.

The President made these strictures during a meeting with the officials led by the Governor of the Central Bank, held at the Presidential Secretariat today (16).

He stated that Central Banks in leading countries such as the United States, Japan and Australia as well as in small countries have put in place required mechanisms to revive economies in their respective countries.

“Sadly, the Central Bank of ours has not put forward a single proposal to rebuild the economy.” He said the Government owes a large sum of money to various institutes for the services and products they supplied during the past couple of years.

The Central Bank had ignored the proposal made by the President to provide Rs. 150 billion to banks by accepting the outstanding due as collateral. The Government will have to take the blame for the economic slowdown due to this serious negligence of duty on the part of the Central Bank, he said.

The President further charged that officials who worked at the Central Bank during the scandalous bond scam still hold their positions. The President expressed his displeasure for not receiving the cooperation of these officials who supported that fraud to rebuild the country.

While pointing out the massive mandate he received from the people of this country for the betterment of the nation, the President reiterated that he committed himself to fulfill the aspirations of the people.

Many sectors including health, security and intelligence made a great contribution to battle COVID–19 pandemic. The Central Bank bears the responsibility of rebuilding the country’s economy. Instead of performing its duty, the Central Bank had obstructed the implementation of the proposals made by him, the President said.

He informed the officials to identify the issues and forward their solutions or grant approval to his set of proposals. “It needs to be done today,” the President stressed.

Views expressed by the President during the meeting:

Look at this headline. “The AFED (Arab Forum for Environment and Development) commits to use a full range of tools to help the economy through unprecedented time”. What is the tool we have used? We have used nothing. Our Central Bank has not done anything towards this. Monetary and Fiscal Policy has been formulated by the Central Bank. That should be done in accordance with the economic policy of the President of the country.

You have several tools that can be used. Those tools have to be utilized. However, our Central Bank does not use a single tool. It just stays idle. We asked to release Rs. 150 billion to banks. This is not a fault of the business. The Government owes a huge sum of money to companies due to mismanagement in the past. Let this money be kept as a security for banks to release loans to them. Then they can run the economy. This is a money circulation process. This is a very simple tactic and this is a basic economic principle. But, what are you doing? The Governments have to take the blame for your conduct. You do not monitor. Look at the status of finance companies.

It is your responsibility to regularize and monitor these companies. However, you have failed in your task. Leasing companies too evade their responsibilities. The ETI is not in a position to repay the people. The Finance has been closed down without informing. How are we going to pay for that? There is no management there. All at the Central Bank are economic specialists drawing very high salaries. You have a responsibility. I have presented you a mechanism. If you are unable to follow it, present me your version of the mechanism by tomorrow morning.

Look at what governments of other countries have implemented to save their small scale and medium scale businesses. Do we see the same efforts over here? It looks as if you are here to hinder the government effort and are trying to impede my duties. I do not have to assume this tone if you stood by your duties. It has been 8 months since my appointment to the office, and I have been requesting you to revive this collapsed economy ever since.

I do not want to talk about mistakes of the previous government. As all of you know, you were there when the Central Bank bonds scam was executed. If you supported them to commit this crime, there is no reason for all of you to not to join hands with me to deliver justice. Public must be made aware of the issue of how we move forward with this kind of officials. The people of this country have bestowed a great power on me to build this country. I request all of you to allow me to build this country.

The Coronavirus has spread throughout the world. Now it has become a global economic crisis. Due to the firm commitment of our works in the health sector, Army, Intelligence and the Police we were able to return to normalcy before many other countries in the world. The restructuring of the country’s economy before it further collapses lies in your hands. Lend your support to me to achieve success in this enedvour. Either accept my suggestions in this regard or reveal your strategies.

In this context, a place like the Central Bank where the top economic experts are rendering their service, isn’t it your responsibility to present a proposal to conquer this situation. What have you submitted in this regard. What is the guidance you have given me? There is nothing and you have not come forward to support me.

If you are not on the same page with my suggestions please give me your strategies to revive our economy by tomorrow morning. Give me your suggestions on how to strengthen the economy, how to assist banks under these dire circumstances, how to categorically assist small scale and medium scale businesses. If what I say is wrong, do not hesitate to let me know.”